Getting Started With Asynchronous Javascript 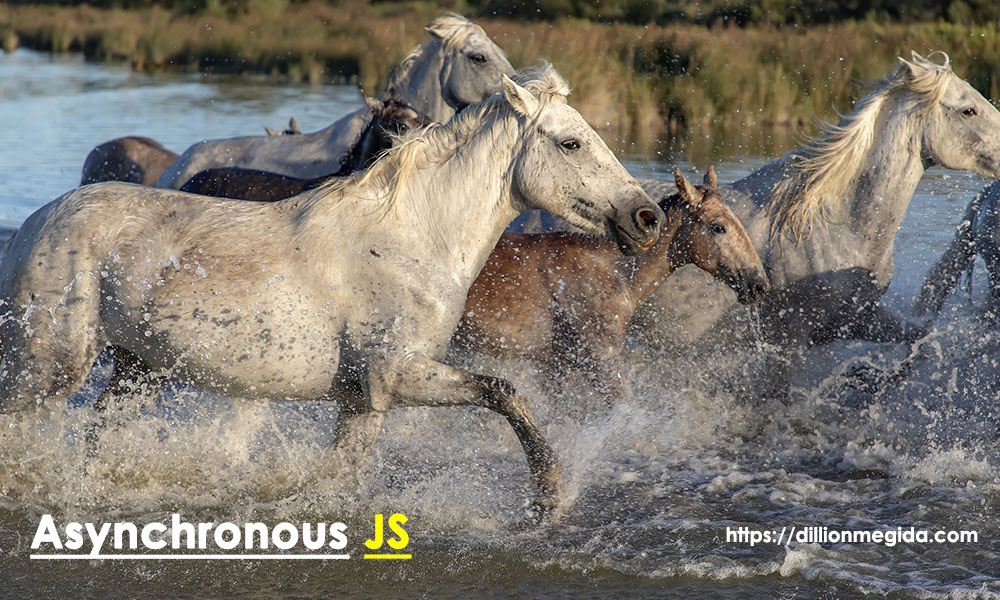 The term asynchronous code refers to non-sequential execution of codes.

Javascript is a single-threaded language, meaning that only one process can be run at a time. These processs are interpreted line by line as seen in the source code.

Some processes may delay which would hinder the next operation from being executed. So how does Javascript handle this? We'll learn how in this article.

In this type of Javascript, codes are executed one after the other (sequentially) as written in the source. For example:

The input gotten from the user as a prompt is assigned to a name variable. Until the prompt is closed, the next line of code will never be reached.

The next line is the message variable of which a string interpolation of "Welcome" and the input gotten is assigned to.

Then the last line logs the variable message, to the console.

In contrast to synchronous Javascript, the codes doesn't necessarily follow order. The major idea here is operations without delay are executed immediately while some other slow operations are executed later.

Example of an asynchronous process is fetching data from an external source while performing other tasks. The time it will take the data to return cannot be predicted, but that doesn't mean that the other tasks should wait 💁‍♂️, right?

Javascript has three major methods of handling asynchronous codes. They are:

These are functions which are passed as arguments to other functions and are called back when the function is ready to execute it. That is, they are not run immediately. An example is;

When this is run, "Beginning" is logged to the console, afterwards "End". The callbackFunc is not run immediately. The addEventListener waits for the click event (which may occur later in the future or even, never) after which it calls the callback function.

Note that not all functions which receives functions as arguments are asynchronous. An example is the map method used on arrays. This method works synchronously. Hence, callbacks for asynchronous operations are termed Async Callbacks.

A better and more functional method is promises.

This feature allows codes with unpredictable time to complete to be performed outside the main thread to avoid blockage.

Learn more about promises in this article - Promises

This method is similar to promises but has more readable and understable method of handling asyncrhonous operations. The await keyword is only used inside async functions.

There is a high probability that you aren't seeing these (promises, callbacks, async, await and so on) for the first time, but I hope that in this article I've been able to explain how Javascript handles asynchronous operations in this article.

Remember that Javascript is single-threaded so basically what it does is, it pushes the asynchronous operations elsewhere (event queue, when the process has completed) and when the main thread is done, the operations are given a second chance to return back for execution.

The method to use is based on your preference but like I stated earlier, callback functions are less functional than the other two methods.