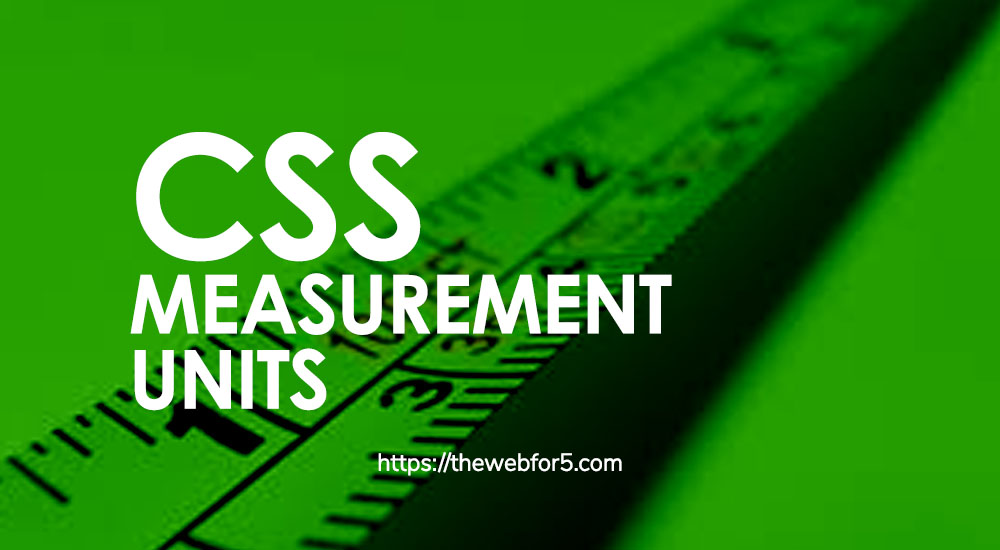 When working with CSS, you'll need to apply measurement units for with sizes, margins, borders and many more. Knowing which to apply for what you're trying to achieve becomes of great importance.

In this article, we'd look at some of those units and their use cases.

Units of Measurement in CSS

These units are fixed and highly dependent on the output medium. They include;

This is mostly used when working with measurements. A pixel refers to the samllest form of measurement of an object on a computer screen where which each individual dot making up the object is a pixel. According to Wikipedia;

A pixel is the smallest controllable element of a picture represented on a screen.

But, a pixel is not actually equal to the pixel on the screen. With the invention of high-density displays on devices, screen resolutions cannot be used to determine the exact width of a page.

Density displays define the ratio between Screen Resolution (actual numbers on the device screen) and CSS Resolution (used for measurement in CSS).

Hence, pixels are not entirely the same in different devices. However, there is a means by which this unit works the same accross various devices.

These units depend on the font sizes of elements.

This unit depends on the font-size of the current element. For example;

This unit can be used to ensure uniformity in sizes. All you have to change is the font-size of the section element and every other element adapts to the change.

This is similar to em but it depends on the font-size of the root element - html. If this font-size isn't declared, the browser uses it's default font-size. This is usually 16px. To declare your own font size say 35px, do this;

Now you can work with this size by using rem in place of em. As expected, this ensures uniformity even accross many devices.

This is similar to em but its size is calculated from the height of the x character instead of the width of the m character for em. The height also depends on the font used and the size.

Similar to ex but instead measures the width of 0 (zero).

This unit is used to define a size for an element in respect to the immediate parent. For example;

This is similar to the percentage unit, but it uses only one parent, which is the viewport. The viewport refers to the screen (the area which the website is displayed). There are four units here.

This refers to viewport width which means the width of the screen. For the following style;

The width of the section would be 40% of the screen width. You should also remember that the width of section will differ in various device width like mobile phones and tablets.

As you probably may have guessed, this refers to viewport height which means the height of the screen. For example;

This refers to viewport mininum which uses the minimum value between the height and width of the viewport. For a device with viewport of 300px height and 400px width, vmin would use 300px as shown in the code below,

This refers to viewport maximum. In contrast to vmin, this uses the maximum value between the height and width of the viewport. For the same device used for vmin above, vmax would use 400px as shown below;