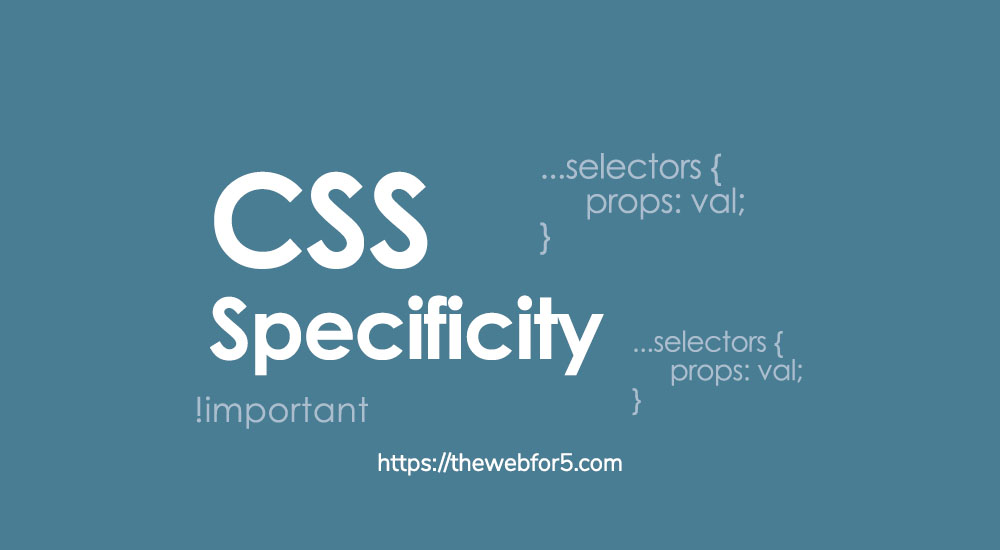 You may have set some style declarations in CSS but didn't get the desired result. After so many trials, you opt-in for the usage of almighty !important. It works but this isn't the best solution.

The eror is often due to conflicting declarations of which only one would be used. To determine which one would be used so as to get exactly what you want, you'd need to understand the specificity of selector methods.

This is a set of rules used by CSS in browsers to determine which style declaration (among other declarations) would be applied to an element. As expected, the higher the specificity of a selector method, the more prioritized it is.

I'd give you three seconds to guess the color of the paragraph element.

The paragraph would be of orange color. How? Let's learn how to calculate specificity.

Let our template values be - {a, b, c, d}. Specificity increases from d to a.

If the element has only inline style (style as attribute) and no other declations, a is our values above becomes 1 while others are 0 - {1, 0, 0, 0}

You can imagine !important as a 1 that preceeds the selectors (i.e {1, a, b, c, d}) for any property which it is applied to.

However, we could apply these methods mixed together. Their values are increased by 1.

Let's look at an example and try to determine which style declaration takes priority.

We've predicted our display. You can try it now!

It worked right?...of course it would, I already tried it : )

I believe you've seen why the knowledge of CSS specificity is important. Most times, there is no error in your CSS code. All semi-colons are appropriately placed. But, a more specific selector method is used that's why yours is ignored.