React Portals Simplified | What It Is, How to Use It 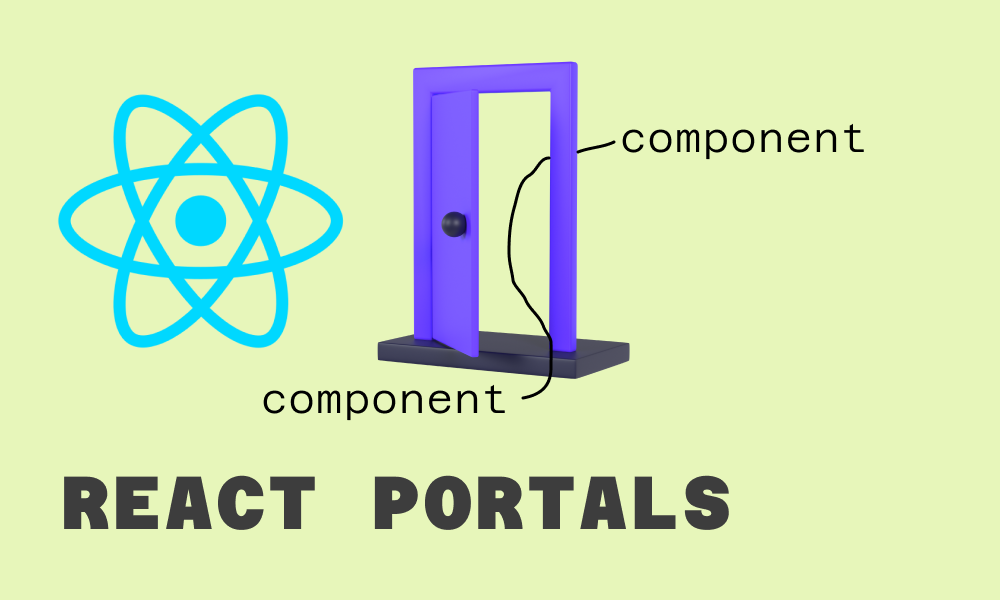 Here's a video if you'd prefer that: https://youtube.com/shorts/-qtdvR-am5A

According to the dictionary, a portal is a doorway to another place. React has a feature, called portals which allows you to create a doorway for a component to be rendered in another place in the DOM.

In the component composition above, ComponentA is used inside the App component. In the React tree and the DOM (on the browser), App is a parent of ComponentA as you will see in the screenshot below:

This result is normal, as you would expect. Here is where a potential problem comes in.

Another example is if the div has a certain z-index style, ComponentA will have to depend on that index, and cannot appear above the div container.

One more example is that ComponentA will have to depend on the width and height of its parent. This means there's a possibility it may be cropped out.

The fact that ComponentA has to depend on App root element's styles makes it a problem for components like modals, popups, and dialog boxes in general. These are common use cases where you use React portals.

By visually breaking out from the parent the component is declared in the React hierarchy, that component will not have to depend on the parent's styles anymore. Applying this to modals makes it possible for such components to be visible while the parent in the React tree is invisible.

Here's how to create a portal in React:

You create a portal using the createPortal method of the ReactDOM object. This method accepts three methods:

When you render this, in the DOM, you will find the following screenshot: 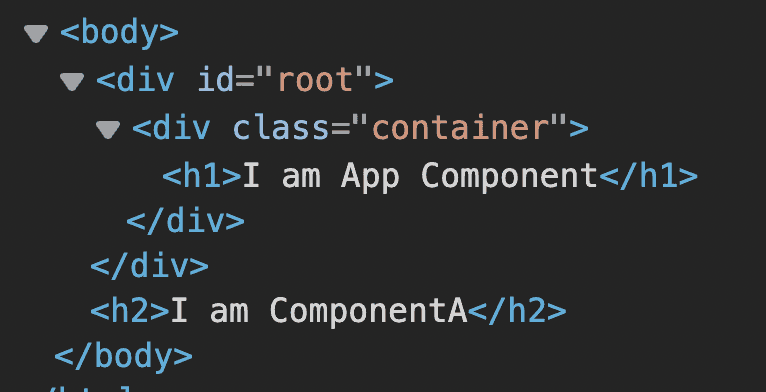 You notice that ComponentA (which contains the h2 element) is nested directly under the body element and not in the App (with the div container) anymore. You have successfully created a doorway for that component to be nested somewhere else in the DOM, instead of where it was in the React tree. ComponentA has visually broken out of its parent.

Using portals for modals allows you to move modals to the root node (body in this case) so that it is not affected by the styles of the parent it was declared in the React tree.

There are a few things to note when you use React portals:

This means that ComponentA can still have access to context data from the App component (if it uses React Context).

Also, event bubbling will work with the React tree and not the DOM tree. This means, an event triggered on ComponentA will also bubble to the App component.

React portals are useful when you do not want a component to be affected by its parent's styles. Portals allow you to append a component to a different node of your choice in the DOM. A common use case of this feature is modals, dialog boxes, and popups which should always be completely visible when they should be.