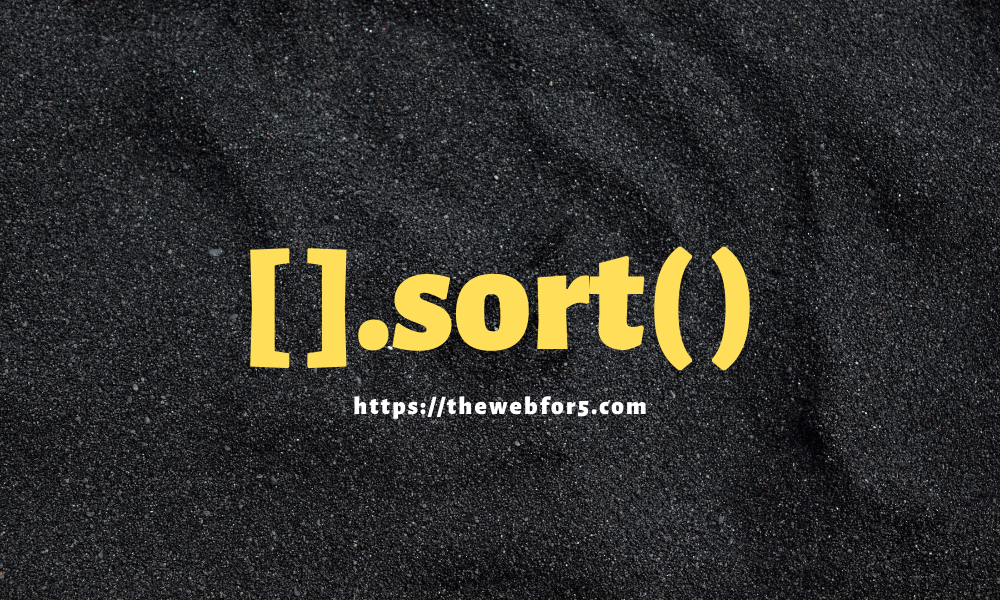 The sort method just as the name implies sorts element in an array in a specificied order (could be ascending which is the default, descending, alphabetic or numeric)

The compareFunction argument is optional, though necessary at some point. We'll understood why soon.

By default, sort sorts array of strings and numbers as strings in alphabetical order. Let's look at this in the following example:

Note that: the sort method modifies the original array. This means that words would now be [ 'about', 'ant', 'hello' ].

If two numbers are the same, they maintain their position but are compared to the other numbers.

Now we know that the order function is based on the returned value being either positive or negative. To implement a descending order for the above, our function would be:

In the following example, we want to arrange an array of objects with information of people. The order would be descending based on their age.

Above is the array of names. Now the compare function.

This can also be translated as:

Remember that if a positive value is returned, the second argument would be after the first argument in the sorted array.

By default (without a compare function), the sort method treats values in an array as strings produces an ascending or alphabetic sort.

The compare function correctly defines the order which an array should be sorted.